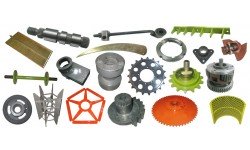 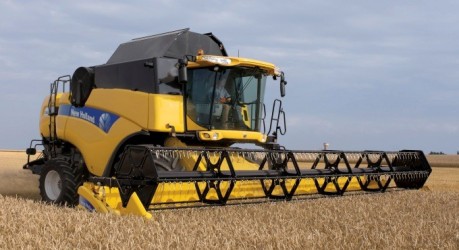 Currently CNH represents association of such agricultural brands as Ford, Fiat Trattori, Claeys, New Holland and Case Corporation. The rich history of concern dates back in 1895. In the small town New Holland, Pennsylvania, USA, Eyb Cimmerman organized a small workshop of the agricultural equipment repairment. Later on the company was named after the town.

In 1903 the workshop expanded and transformed to the New Holland Machine Company. The companies of Alexander Brad, Henry Ford, Leon Kleys, Giovanni Agnelli (Fiat), which were united subsequently in concern, were created and carring out their activity in different regions of the USA at the same time. Here are some data on their activity:

As a result of the association of New Holland and Case Corporation under the auspices of Fiat the company becomes structural division of CNH and gets access to enormous resources in 1999. After that the concern was created in that conditions in which it exists nowadays.

Today CNH concern is a global manufacturer of agricultural machinery. The output is organized at plants in the USA, Germany, Brazil, Japan and Italy. CNH is the innovative, technological and dynamic company which serves as the reliable partner for the world agricultural industry.