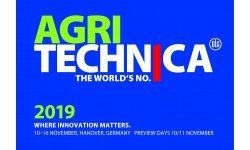 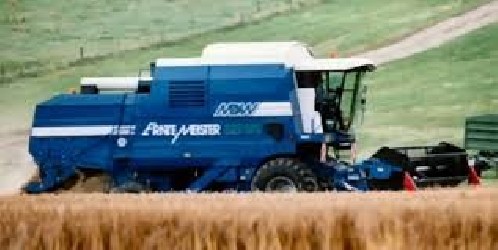 Combinat Fortschritt – the largest producer of agricultural machinery in the territory of the former GDR (the German Democratic Republic, DDR). Since 1978 all equipment which is let out here carried the FORTSCHRITT logo. The combinat is educated in 1951 by association of five independent factories of Northern Saxony which was engaged in production of agricultural, construction and woodworking machinery. Production of harvester combines, ballers, mowers took the main place at combinat.

History of combines production in GDR

Production of harvest combine in the territory of GDR began with technical assistance of the Soviet Union. The S-4 model (Stalinets) was taken for a basis. A manufacturing started in 1948. The combine was equipped with a 4-meter heder and 6-cylinder petrol engine. Then  there was no variator on combines. In 1953 the combine received the diesel engine and was renamed into E-171. The E-173 model with a 3-meter heder was made at the same time. The grain bunker almost was absent, and the volume for straw had a barrel tank form. At the end of the 50th years there were E175 models with 3м a hader and E176 with 3м and 3,6м haders. Last of which was sent exclusively for export . Combines had grain tanks respectively 1,3 and 1,7 cubic meters. Other combines of a series – E174 and E177 were equipped with hydraulics which served for management of a heder. Here the regulated speed of rotation of a drum was applied It was in limits of 385-1250 rpm. All models had the unified engine and transmission. The most widespread model was the E 175 combine. It was made till 1975.

In 1968 an outdated series of E170 combines was replaced with absolutely new E512 combine. It differed from the predecessors mainly the sizes. So the main grain platform received width of 426 cm, and alternative - up to 570 cm. The thresher reached on width of 128 cm. The Fortschritt tractor 6,5-liter engine gave out the power of 105 hp. Working conditions of the machine operator, namely the size of a cabin and noise level till 85 dB improved.

In 1977 the was introduced next model - E 516 It there was a combine with hydrostatic transmission and 13-liter V8 engine (228 hp). The sizes of a grain platform reached respectively 670 or 760 cm. Management of operation of the cylinder of a drum with a diameter up to 80 cm and its control were put on hydraulics. Cabins were equipped with the conditioners, as a last resort those combines that were exported on the West European markets, in particular Swedish, French and Finnish. The maximum success of sales of  E512 fell on Sweden.

In 1983 the new E514 model with the engine 115 hp came to change of Fortschritt E512  The combine became universal and could be completed with grain platforms 360, 420, 480, 570 cm. The mechanical control in the main knots is almost completely replaced with hydraulics. The E516 B model differing slightly by the big sizes was introducting on the market. At the same time FORTSCHRITT enters new coloring on the combines. They turned into a combination white and blue, then green and white. The part of export cars had red color.

In 1988 there was an E 517 combine. The manufacturer declared reduction of losses in comparison with predecessors for 30%. Changes mentioned the grain bunker which grew in volume to 5,5 тн. Computer control of losses of grain became the basic equipment. The guarantee on the combine reached 3 years.
In 1989 the average E 524 combine with the 152 h.p. 6-cylinder 9,2-liter engine is brought to the market. The model had absolutely new cabin, the grain bunker with a capacity of 48 hectolitres and a harvester from 3,6 to 5,4 m wide. Transmission was mechanical.

Year of the 1989 became for Germany year of falling of the Berlin wall and the association GDR and West Germany to the uniform state. More than 90% of production of FORTSCHRITT were exported to SEV countries (socialist countries, in the main USSR). After disorder of the Berlin wall and association of currencies of uniform Germany the plant lost the sales market and naturally experienced financial difficulties. At the same time the combine had new opportunities on a complete set of the products better "western" spare parts. As the result, to the E 517 combine came to change E 518, differing a new komplekttion: 11-liter, V6 MERCEDES engine with a power of 222 h.p. and BOSCH hydraulics.

After privatization of the former state enterprise in 1990 the new owner of Fortschritt became MDW Mähdrescherwerke GmbH company (Fortschritt Mähdrescherwerk Bischofswerda/Singwitz). New firm color became dark blue. Line of production made already familiar to E514 and E524, and also their modification of E 514 S which is constructed on the E521 and E514 elements. t was more powerful combine, with a new cabin, the big grain bunker and Schumacher sharp system.

In 1993 the E500 series was finished by the largest E527 combine. It was equipped with new engines: Perkins, Volvo Penta or MB OM441. As well as in the previous E514 and E521 models the transmission basis here was constructed on the basis of hydraulics. A complete set for similar models strongly differed. For-example, E 525  was nearly 70% more expensive, than similar, but slightly smaller model E521. Despite a modernized number of combines of the MDW Fortschritt series their production fell with 4500 to 300 per a year.

Eventually capitalism coped and with such socialist giant as FORTSCHRITT which was number No. 1 in GDR on export and every day it sent to the East the full train of finished agritechnics goods. Plant passed from hand to hand, while in 1997 it received the new owner – the CASE IH company (CASE & International Harvest Corporation), USA. Production of FORTSCHRITT received a new brand of CF (Case+Fortschritt).
Association of agrogiants was useful to two parties. So CASE IH which traditionally used rotors for grain and straw division got access to keyboard technology, and FORTSCHRITT conducted researches on improvement of the combines, by connection of advantages of system straw walker with rotor system of cleaning.

It affected tendencies on modernization of existing Fortschritt combines. So, on two largest models the huge 800 mm thresh cylinder was replaced with the whole three consecutive drums rotors, diameters of 600, 400 and 570 mm. Smaller models received the coils dividing grain and straw.

In absolutely new on a design cabin noise level was reduced to 77 decibels. The climate control, pneumatic suspension bracket of a seat, electric rear-view mirrors, computer control of losses of the grain thresh  became standard options of the combine.

Firm color of new production became red, by analogy to color of equipment of the new owner CASE IH. Already made FORTSCHRITT combines were repainted in red color and with the CASE logo were sent for export. The situation reached the comical. So in Kazakhstan where is a lot of the sun, red paint with the CASE logo started descending. Under it white-blue high-quality painting and the familiar logo beginning on the letters FORTSCH… was shown.

However through expensive labor production CASE in Noyshtadt, Northern Saxony didn't get accustomed. Now the equipment works to Plock, Poland where with its help make NHC concern New Holland combines (before CASE IH). Now on the areas of legendary plant campings trailers and self-propelled campings are made.